With support from Genome Canada and Genome Prairie, the Transforming Arctic Conservation through Social Innovation (TACSI) project conducts fieldwork in northern Manitoba, Nunavut and the Northwest Territories. The project is led by Dr. Douglas Clark, an associate professor at the University of Saskatchewan’s School of Environment & Sustainability.

How did Clark become so interested in bears as a species? After he earned his undergraduate and graduate degrees in biology, Clark worked as chief warden at Wapusk National Park in northern Manitoba for three years (he lived in nearby Churchill). Interestingly, Wapusk actually means “white bear” in Cree.

Clark describes TASCI as foremost a GE3LS (genomics and its ethical, environmental, economic, legal and social aspects) project as the researchers co-manage tasks with Inuit community members, such as setting up remote cameras to observe the bears. Relationship-building and mutual respect – of both the human and bear populations involved – is essential for the project’s success.

The genesis of TACSI was with BEARWATCH – a Genome Canada 2015 Large-Scale Applied Research Project in Natural Resources and the Environment. Stephen Lougheed at Queens’ University is the principal investigator. BEARWATCH monitors the impact of Arctic climate change using polar bears, genomics and traditional ecological knowledge. Clark describes BEARWATCH as “the parent project of TACSI.”

TACSI has broadened to look at grizzly bears, as well as polar bears, since grizzlies are new to both TACSI study areas and local community members are concerned about this new arrival.

“Grizzly bears were not known to be in Manitoba but now they are regulars. Over the past decade grizzlies have been recolonizing the north, but the reason is not known. Grizzlies are a generalist bear, and, for some reason they are adapting to living farther north and west – it’s like a regime shift and genomics is a tool we can use to help find out what’s going on,” says Clark.

What the general public might not know is that polar bears and grizzly bears can crossbreed, or hybridize, creating offspring that are also fertile. Nanugluk is the Inuvialuktun for this hybrid bear. Interestingly, black bears are not able to crossbreed with either polar bears or grizzlies. The total polar bear population is divided into 19 subpopulations, of which 12 subpopulations are in Canada.

Other areas of focus include Indigenous co-management of resources and ecosystems and an increase in reported polar bear-human conflicts. Local community members show respect for the animal by not talking about polar bears directly. The Inuit polar bear hunt is tightly regulated, sustainable and central to community life. “Not speaking about polar bears is an avoidance of hubris,” explains Clark.

Going forward, more Inuit communities are interested in studying both grizzly and polar bear populations and the impact of climate change. “We would potentially have access to genomic samples from hunter-killed animals of both species in multiple locations. I’ve begun discussions with partners and regional organizations about scaling-up TACSI to effectively include communities across northern Canada.”

From 2009 to 2019, Clark held the Centennial Chair in Human Dimensions of Environment & Sustainability. The TACSI project utilizes Clark’s social sciences knowledge, as well as his PhD in geography and environmental studies. 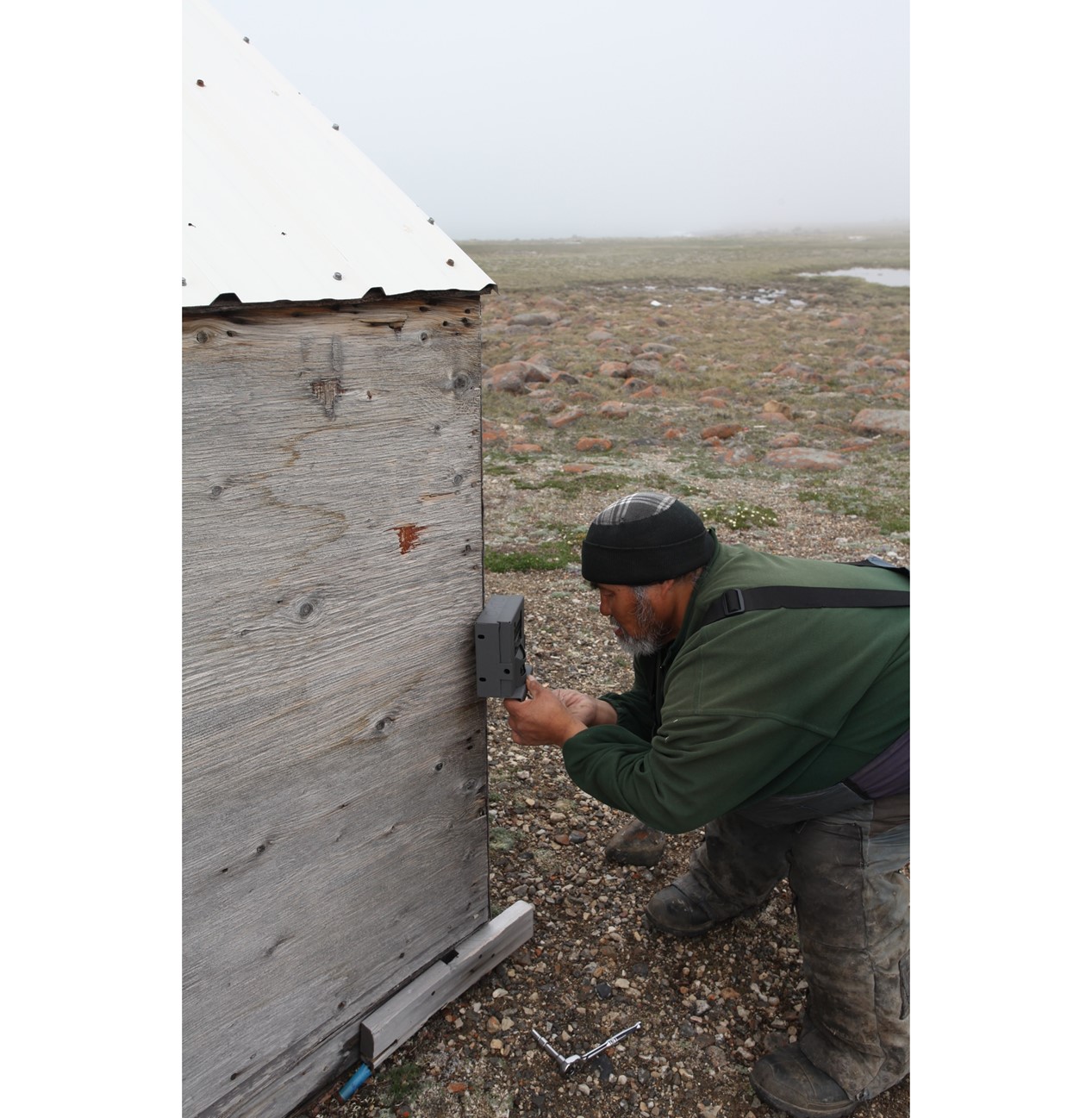 David Kuptana, an Inuvialuk hunter and guide, setting up the first remote cameras at community members’ cabins on the Beaufort Sea coast. Kuptana is a longtime member of the Olokhaktomiut Hunters & Trappers Organization. He is also one of the few living people to ever shoot a Nanugluk polar-grizzly bear hybrid.